A Tour Of Facebook’s Home On Android 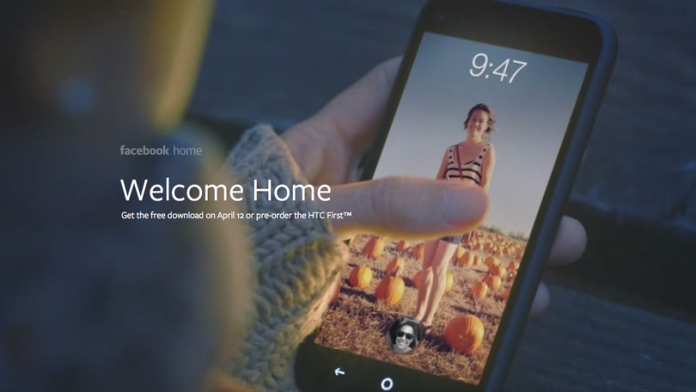 Facebook Home, the social networking giant’s Android user interface takeover that was revealed last week, is set to be officially released on April 12 to the Google Play Store. It will replaces your standard Android’s homescreen with an immersive Facebook experience. Actually, It’s not exactly a Facebook phone, it’s not exactly an operating system, and it isn’t a rebuilt version of Google’s Android OS. What it is, technically anyway, is a collection of apps acting as one entity to deliver a full-skin Facebook experience for your Android phone, bringing users closer to photos, status updates, check-ins — and, someday, ads.
“We’re not building a phone. We’re not building an operating system, but we’re building something that’s a whole lot deeper than just an ordinary app,” Zuckerberg said..

While the goal seems to be as many Android devices as possible, the initial roll out will include the HTC One, One X+, Galaxy S3, Galaxy S4 and the Galaxy Note 2. Having Ice Cream Sandwich or higher is a must, as is the latest version of the Facebook and Messenger apps plus the Facebook Home app.
While it’s not a phone or an app, Facebook explained in a diagram more clearly what this is. 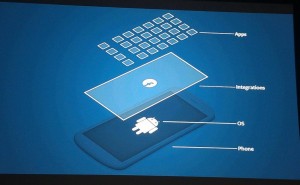 Facebook Co-Founder and CEO Mark Zuckerberg talked about the motivation behind this kind of technology:

What would it feel like if our phones were designed around people, not apps? … We want to bring this experience of having a home, of always knowing what’s going on around you, right to your phone. And we want to deliver this experience to as many people as possible. 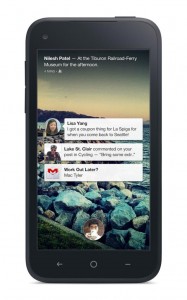 No more homescreens, it’s replaced by a new photo stream facility called “Cover Feed“. It’s just a constant stream of full-screen photos and stories you can just sit back and watch. Photos are overlayed by messages, icons, notification etc. By holding an image, users can see the whole picture. Facebook Home will surface notifications from Facebook, as well as for third-party apps, like e-mail, missed calls, and texts. By cover feed, users are able to tap icons and images to like them and read and leave comments. Tapping your own icon at the bottom of the screen opens a mini onscreen navigation array that lets you go back to a previous app, open messaging, or navigate to your apps launcher.
Adam Mosseri, director of product at Facebook and lead designer of Home, said that the idea behind Home was to let users reach out and touch an icon on your screen to make something happen – swipe a story, press a photo, etc. 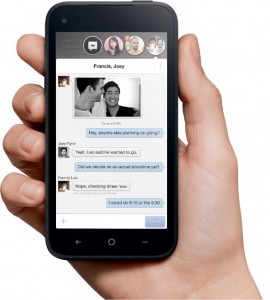 of messaging system. If you’re reading a story or surfing somewhere off of the Facebook app, and a friend sends you a message, a little bubble pops up. Wherever they are on the phone, users can tap the button to respond to the message or swipe it away if they want to ignore and answer later. It pops up a person’s face and you can tap on their face and bring up a conversation without losing any context of what you’re doing in the app behind. It lets communication flow across the phone experience. It’s designed to let you tap in between multiple message threads.

Unless Facebook Home comes pre-installed on your phone, as with the HTC First and other future devices, you’ll download it as an app through Android’s Google Play store — starting April 12. You can launch it once or twice to get a feel for it, or let it take over completely. As an app, you’ll also be able to disable it and tweak certain settings and permissions.

Overall, Facebook Home will trim down the time it takes you to check Facebook. Considering Zuckerberg said we spend 20% of our mobile time on social and open our phones 100 times a day, those shaved seconds can really add up. Home and the HTC First will mostly appeal to hardcore networkers, but they give us a vision of Facebook’s ideal experience, how it wants us be perpetually connected. It’ll be each user’s decision just how social they want to be.
However, if you like having your Facebook life separate from the other functions of your phone, then Facebook Home may be hard to swallow. Chat Heads follow you into any app, and although Zuckerburg and his employees gushed about it being the most delightful messaging system they’ve ever used, we could see the novelty wearing thin.
As customizable as Facebook has tried to make the feature, unless you turn it off in your settings, Home is a constant companion. It will boil down to personal preference, but we don’t see ourselves rushing to download Home when it becomes quasi-available April 12.
- Advertisement -
Share
Facebook
Twitter
Pinterest
WhatsApp
Previous articleHow To Turn Off Facebook Notification Sounds
Next articleHow to View your Pending Friend Requests on Facebook Timeline [Updated]
RELATED ARTICLES
News