Facebook announced today on its blog, that it’s going redesign the developers website to make easier to find what developers are looking for. The social network completely renovated the API documentation and app submissions processes. 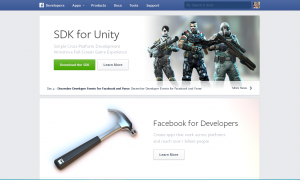 “Our developer site is our primary means of interacting with our community, and we want it to be as useful and as clear as possible. It is the entry point for you to learn about integrating with Facebook”, Facebook wrote in its blog.

According to the blog post, the new design will make the following easier:

Here are some screenshots of the new developers portal:

You can access the new website here. If you’re lucky you’ll see the new design. Facebook said, for now, its only available to some users, others will get it in coming weeks.
When you get into the new site, you’ll be prompted to take a quick tour of the changes, so that you can familiarize with the redesign, Facebook added.

Amongst world news about cryptocurrencies, India has recently decided...
- Advertisement -
Previous articleFacebook Quietly Renamed ‘Follow Post’ to ‘Get Notifications’
Next articleYear in Review Back on Facebook for 2013; Get Ready For a Nostalgic Treat