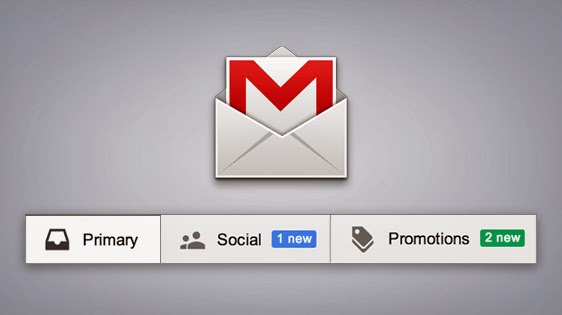 Is Facebook fearing Gmail’s new tabbed design? I think so. Facebook might in a worry of  Gmail’s tabbed layout, that’s why the social network is notifying users to move Facebook emails to their Primary tab.

Gmail introduced tabbed design in late May to organize all emails to different categories such as Primary, Promotions, Social etc. It uses a special algorithm to filter emails, first, it scan the email and it move to a particular label.

Likewise, all Facebook emails go to ‘Social tab’ in the new Gmail inbox, as it’s a social network. But Facebook wants to move their emails to ‘Primary tab’, which is our main inbox. Then we don’t miss any updates. The below are some screenshots of how Facebook is trying to invade Gmail inbox:

The notification reads, “Emails from Facebook now go to your Social tab where you might not see them. Drag emails from your Social tab to your Primary tab to make sure you never miss an update.’
Clicking on the ‘Learn How’ button brings a popup showing how to move Facebook emails to Primary tab and also offers to send a sample email. 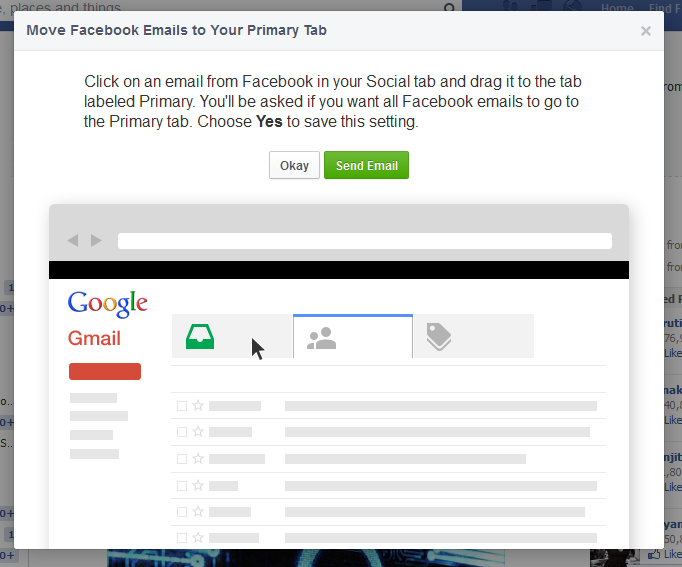 Facebook again shows a popup to confirm you moved your email. 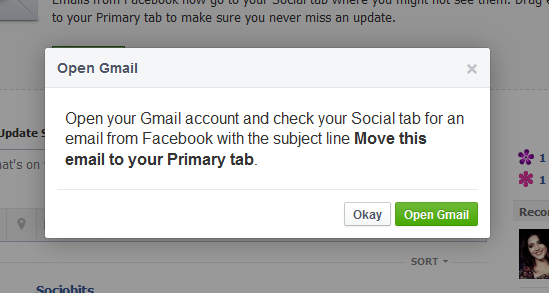 By doing this all Facebook emails go to your Primary tab. Then you won’t miss any updates from Facebook.