Also Read:  A Tour Of Facebook's Home On Android
FacebookNews

Facebook has updated its  stand alone messaging app, Messenger,  to make it easier to share photos and videos right from the chat window.

The latest Messenger update, on both iOS and  Android platform, bringing version to  5.0, includes a handful of nifty features to make messaging experience even better. The major update in version 5 is, the ability to take pictures  from the app itself and sharing it directly with the recipient. In order to use this feature, you need to tap on the ‘Camera’ icon  which is situated above the keyboard area. You can switch to front-facing camera if you want. 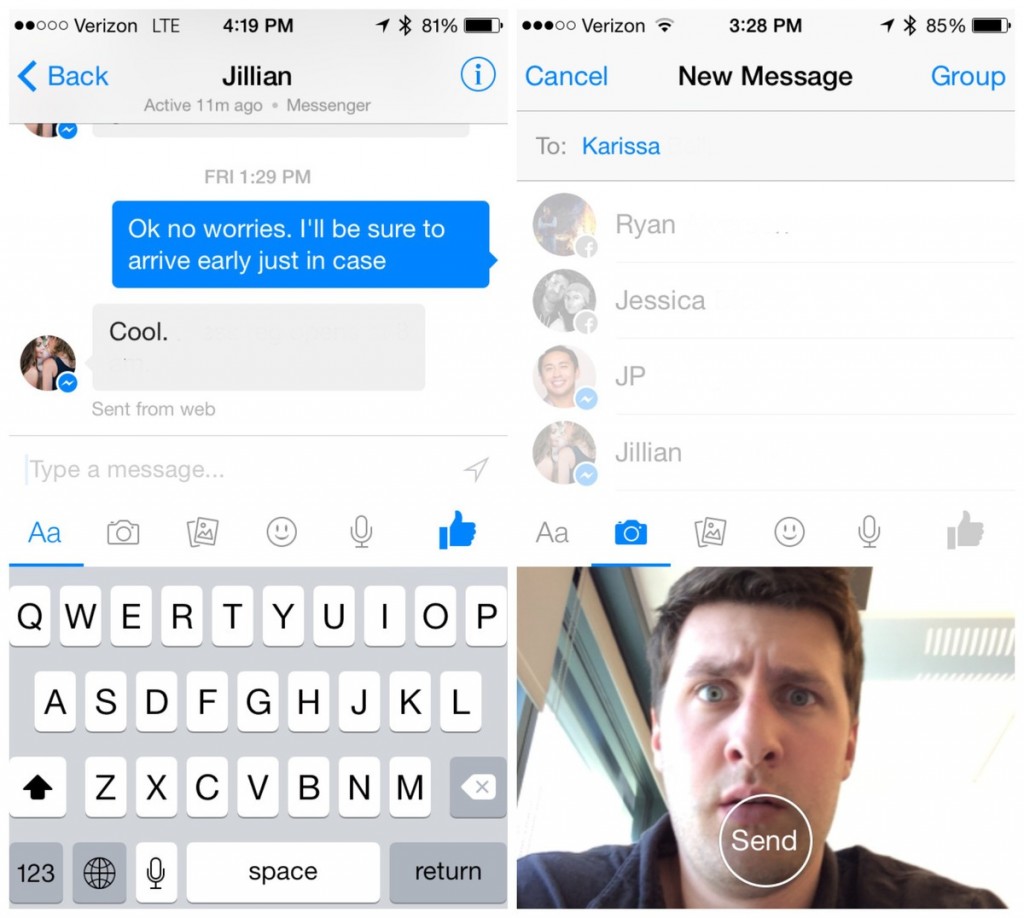 Facebook Messenger App version 5.0 also includes the ability to send videos, additionally, it can be viewed right from the conversion window. Other changes in the application are,  improved search and stickers shortcut.  You can now install a sticker pack which someone send you, by just holding that sticker.

Recently, Facebook has announced that it’s going to  remove the chat functionality from its  core app, forcing users to install the Messenger app if they wanted to continue chat with their friends on mobile.  This would be the second step towards improving the overall experience of Messenger (after the announcement), on the first phase, the social network has brought Group Messaging, Forwarding and more features.

Download the iOS version in the App Store, and the Android version in Google Play.

Top 12 Android Apps That You Should Check Out

When you put your heart and soul into creating...
- Advertisement -
Previous article
There are now more reasons to use Vebbler; Indian based social network adds ‘Recommendations’ feature
Next article
Facebook Joins Pride Month Celebrations With New LGBT Stickers