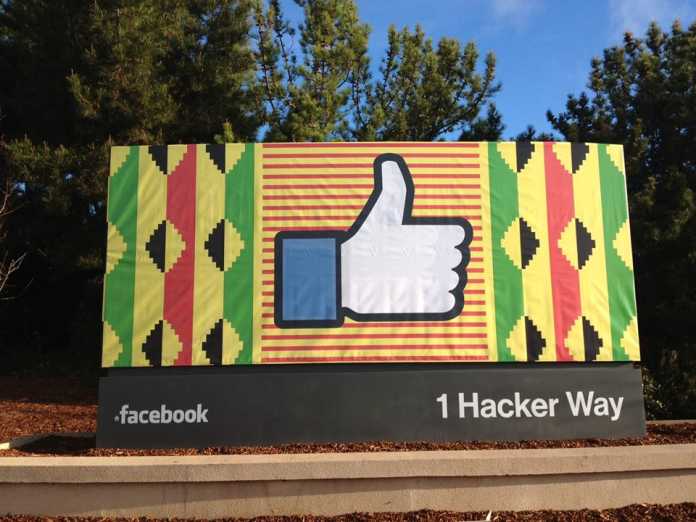 In June,  in celebration with lesbian, bisexual, gay and transgender (LGBT) Pride month, Facebook had released a set of gay-themed sticker pack which consisted of 28 different digital stickers. It was obviously an excellent move by Facebook to support LGBT community. Facebook wanted to make their platform where people can express their authentic identity, the custom gender field and now these pride stickers make Facebook more gay friendly, in other words, they are almost near to the completion of their mission.

Now let’s come back to the Pride stickers, this wasn’t just a sticker pack, it was the true life of  Cathy Lo, creator of Pride Stickers. Well, there’s a story behind this mind-blowing sticker pack. Recently Cathy Lo interviewed by Jane Francis, who works for Facebook as content strategist.

In interview, Cathy says, when the idea of  creating a sticker pack comes up, the company really wanted to assign this project to Facebook employee who is a gay. That’s how she got the opportunity to be the part of this job. She said that entire journey was a really liberating emotional experience for her, she knew she was a gay even as a young child, but was afraid of to tell others  because she didn’t know why she was different, Cathy explained. Talking about the time taken to make this happen, she said, it took almost two months.

Surprisingly, Cathy Lo reveals she was one of the characters in those stickers along with her life partner and friends.

Jane: Tell us about how your work on the Pride sticker pack came about.

Cathy: Embracing diversity and empowering minority groups is something I care deeply about. For example, I designed a special poster for Women’s History Month. I held a screen-printing demo at the Analog Research Lab and a supportive group of women showed up to help me make the posters. Jennifer Whitley, Creative Producer of Messenger Stickers, was one of them.

Later that week I ran into Jennifer and we started talking about stickers, Pride Month and the possibility of collaborating on a project. Jennifer had already been thinking about creating a Pride sticker pack and she really wanted someone who is gay and works at Facebook to work on it. I feel extremely honored to be given the opportunity.

Jane: Tell me about creating this sticker pack. What was it like to be able to express this part of yourself through your work as a designer?

Cathy: This entire journey was a really liberating emotional experience for me. I knew I was gay even as a young child, but I was afraid to tell others because I didn’t know why I was different. I didn’t come out until I was in college and it was really hard hiding a secret for all my adolescence.

I feel so proud to be working at a progressive company like Facebook that supports diversity and inclusion. The LGBT community is gaining visibility but it’s still under-represented. I am glad I was able to create characters that other LGBT members can identify with and every sticker in some way represents a part of my friends and me.

Jane: What was your process for creating the stickers? How long did it take?

Cathy: Jennifer and I started working on the stickers at the beginning of April. We met every week to look at work in progress. I could only create a few per week and it probably took 200 hours to create the whole set over 2 months. Listening to uplifting music such as Scissors Sisters, Le Tigre, Robyn and Diamond Rings helped me get through a lot of late nights.

Pride, love and celebration were the themes that we wanted to express and we also wanted the characters to feel authentic, real and friendly. I chose an illustration style that’s simple and not over-stylized so the characters are legible at a small scale. I would start with very loose sketches and quickly move to Adobe Illustrator.

This was a true collaboration between Jennifer and I. I did all the artwork but Jennifer initiated the concept, provided a lot of great ideas on how to make the stickers better and worked very hard with PR to get the sticker pack out into the world. We also met with Sara Sperling, Facebook’s senior manager for diversity and inclusion, who helped us decide what stickers we wanted to make for the pack. We knew we wanted to represent different ethnic groups, ages, genders and sexual orientations.

Jane: How was working on this different from what you normally do as a product designer at Facebook?

Cathy: My regular job requires me to be rational, analytical and to think systematically. Working on the stickers totally freed me from that. I was absorbed into a completely different creative world. And, they just made me smile! I was kind of sad when it was over.

Jane: What inspires you as a designer?

Cathy: I identify myself as an artist. I’m inspired by beauty, fashion, the dramatic and the fantastic. I am the happiest when I am making art, immersing myself in a completely imaginative world and expanding on reality. My family is also a big inspiration and my wife is in all of my artwork.

You can see more of my personal work here: www.cathylo.com

Jane: You’ve got the last word. Is there anything else you want to say?