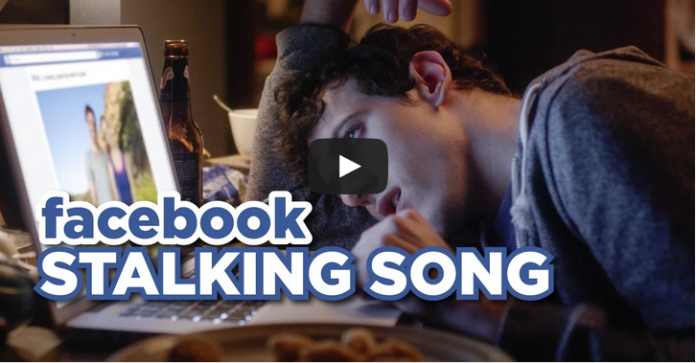 Who doesn’t love to hear songs and watch videos. And what if they are on one of the thing you use most in your life – Facebook? Here are 3 Facebook Video Songs that you seriously need to watch. They’ll make you replay it again and again, and think.

This video song was Uploaded on Feb 28, 2008 by a user named Rebel Virals. The 7+ year old video gained more than 5,805,000 views with 9950+ Likes and just 727 dislikes. Well, there’s always people to hit the dislike button even if the stuff crosses the awesome line.

The Facebook Anthem video song is still viral on YouTube and is receiving a lot of viewers as solid rock. Rebel Virals is now a non-active user on YouTube, with nearly 1300 subscribers.

The video song is basically saying that their generation ain’t so interested in Facebook anymore. And in fact, they hate the applications that keeps on driving in annoying requests and features that doesn’t make a sense.

They sing that they are gonna delete the applications and they don’t care about Facebooking. The sarcastic thing in the video is that they use the Facebook Wall itself to write “Facebook is Boring“.

This really shows up the impact of Facebook on the society, even back then.

This music video was rolled out by one of the most popular channels on YouTube – CollegeHumor, just some days ago (on January 23rd 2015). The channel has more than 8,899,036 active subscribers.

This video song by Comedian Pat Regan has got more than 517,640 views with 15,266 likes and 1,338 dislikes sadly. I wonder where these dislikers come from!

Facebook stalking is a common thing these days. You stalk, I stalk and everyone stalk. We all know it.

The comedian admits that he stalks his more successful friends on Facebook, and later realizes that they are not successful at all. It’s just the way they appear online. The bitter truth is that they, we all are the same.

The way the video is created is extremely amazing.

Uploaded on Jun 29, 2011 by a YouTube channel named WhatWhatWhatTV, this video song is Based on Cee Lo Green’s “Forget You,” Allisyn Ashley Arm sings a silly song about her frustrating online life.

The hilarious song reflects the highly Facebook obsessed generation who lives itself on the Online Social Network. They worry, hope and look forward to things to happen on Facebook.