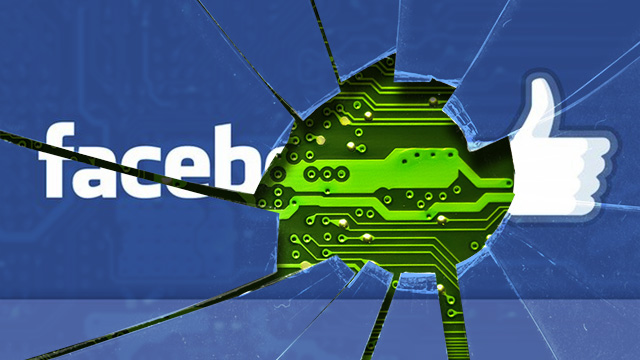 At least once, you would have wished if you could hack a Facebook account for free. Trust me, you’re not alone, all of us have did, including me.

But the end result might have probably been a disappointing one. Right? 90% of the people who wish and then put effort to hack online accounts doesn’t really succeed. And yes, the other 10% does.

If you’re reading this right now, it means that you belong to the 90% of people who fail to hack the password of the accounts they wish to.

I’m the Go-To-Guy on my college when it comes to the technical stuff. And last week, some of my friends came to me. They looked tensed and angry about something (Well, not to me).

Crap, what do they think of me? A 100% Guaranteed Hacker? Hell no! I do know some of the methods used for hacking Facebook accounts the fail-proof ways. But, I’m not a Mercenary Hacker or something.

Enough of the story, right? So, this is what happens in the world right now.

And, What’s the Truth?

The exact opposite to the list above. Hacking is not easy and there are no such JavaScripts or codes that could hack Facebook accounts. Think about it. Do you think the big Giant – Facebook’s security team is not strong enough?
Millions and Billions of money roll through the social media websites like Facebook. And they put everything they have to make their security structure strong.

Do you think the big Giant – Facebook’s security team is not strong enough?

And, Hacking is really illegal, that this law comes under Cyber Crime. This could leave you fining enough money to make you go bankrupted, and even spend the rest of your lives behind the bars.

And, there are no such software, programs, tools or applications that can hack Facebook accounts just with some clicks. Those are all pure nonsense.

You might have heard of some popular online hacking tools with crazy names and all. Here are the reasons why people build such software.

Here are some of the most popular so-called Facebook hacking tools which fools a lot of people, thus making a lot of money.

These are some of the top scams on the internet I’ve seen. They make a hell lot of money luring in people who aren’t aware of the truth. If you happen to see any of these software in the way ahead of you, please don’t use them.

But right now, you might be ready to argue with me that there are people who hack Facebook accounts. Well, you got a point. Yes there are. You, me and everyone can do it just with some efforts. But, please don’t. I’m again reminding you that it’s highly against the law.
So, how do they do it, if not with these crazy software?

Even though those software and tools I talked about doesn’t work. There are some other ways to hack online accounts. In fact, there are more than 10 to 20 methods. But, here are two of the Facebook hacking techniques that I’m aware of.

Does the name suggests anything to you? Keylogging is basically the process of recording every keystroke you make to a log file, usually encrypted. It is used to record instant messages, e-mail, and any information you type at any time using your keyboard.

Using Keylogging, the hacker can access the victim’s password, along with the other things she/he types in to the computer through the keyboard.

So, here is how the process works :

The Hacker creates the keylogger application. This software is built in such a way that, if someone opens it, it will infect in their computer. So, the hacker then sends the keylogger or plants it on the victim’s computer.

And when the victim opens it – Boom. The system will be affected and will be ready for action. It is mandatory that the computer system should have internet connection in it, so that the saved keystrokes will be sent to the hackers Email or FTP account later.
And boom. The hacker gets the golden information, along with the password of the Facebook account.

[I do not wish to talk about how to use keyloggers. But, there are some trust-worthy spying software out there. The Free Keylogger Pro on Cnet by Download.com is something worth the shot.]

Phishing can be alternatively labelled as a “Fraudulent Technique“. I call it the, Fooling Method.

This is the process where the Hacker creates a fake log in page and sends the link out to the victim. And the victim gets fooled and tries to log into the fake page. The information typed in on the fake page is then send to the hacker, thus retrieving the Email ID and Password of the Facebook account – just like that.

It can be also done by sending out a Fake Email to the victim, fooling them your authority and asking for your Email ID and Password. Again, just like that.

This was one of the method I used to do to hack my friends’ account while I was in high school, though I later told them that I did. It was a friendly kinda hacking after all.

So, now that you know the truth about Facebook hacking, don’t act like a fool again. Know that, there are no free Facebook hacking tools or easy way around. And, it really is a Criminal Act to hack other people’s Facebook accounts. Watch out and avoid all those crazy fake applications, it will get yourself hacker or into problems.