How To Get More Twitter Followers Without Spending A Penny 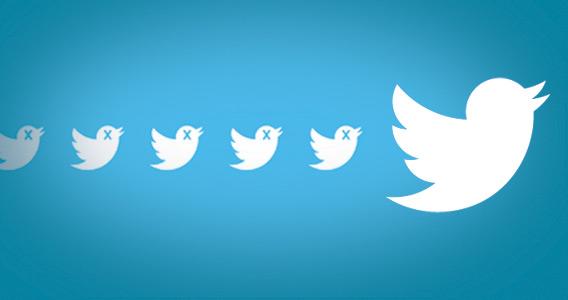 Wondering how to get people follow you on Twitter? Then, you are in the right place. First and foremost before going into the steps you should know the medium that you are in.

In a more informal language, Twitter keeps people informed about what you are doing without writing a post but just tweeting. It a micro-blogging site where you can surround yourself with interesting people. Here you can follow people and also get them follow you.

Here are some questions you need to ask yourself followed by the ways to get more twitter followers.

First and foremost for anybody to follow you they should know who you are? Fop this you have to work on your profile. Your profile must contain a genuine picture of yours with complete the bio-data. Make sure that you don’t try to fit in your whole family into that picture. Get a picture with your face in it and crop it out neatly. Avoid using any of the random pics. Let the world see who you are.

Are you worth following?

Your tweets are what that indicates whether you are worth following or not.Make your posts interesting and transparent. As it is said, when a dog bites a man it is not a news but when a man bites a dog it is a news . Combine your posts with pictures and videos which would catch people’s attention.

Are you being heard?

Ask questions,engage yourself in various discussions and debates. Come on you are not a celeb for anybody to just follow you. You have to get talking to increase the twitter traffic. Join various twitter chats,respond to people who are interested in the similar content. Retweet the relevant contents that are worth sharing

Adding hashtags to your tweets is a major way of connecting people. Pick relevant hashtags that would add to the quality of your tweets. This doesn’t mean that have to use hashtags everywhere and spoil your content. Use but don’t overuse

There are billions of messages that are send on twitter everyday. @messages enables you to tag someone on twitter so that they can see your messages, making your message a public one.

Whom are you following?

You can follow eminent persons, politicians, celebs, witters. intellectual people to keep yourself informed. You need not follow anybody who is following you. Follow people with similar interests

I hope that you’re now ready to go out where blue birds fly and gain some real twitter followers. Good luck.