Facebook and privacy is a bit of an oxymoron. You sign away most of your rights to privacy when you happily tick the box that says you’ve read all the terms and conditions, which is a blatant lie. This ignorance is often demonstrated in the statuses that make the rounds quoting nonexistent sections of the constitution and claiming to hold copyright and ownership of everything you say and post on Facebook. Most of us want everything Facebook can give us – an easy way to keep in touch with people, be really passive aggressive and waste as much time as possible – without paying any price. Well, nothing is free in life except viral fever. When you use Facebook, you are paying. You’re paying with your information.

Privacy problems and Facebook have been in the news on and off ever since the social network became such a big thing. The latest twist in this little story came with Aran Khanna, student of Harvard, and the app he developed.

Facebook Messenger, as you know, has geo-location information. You’re used to seeing this. You will see that it has ‘sent from’ information. Now, this isn’t always right. For instance, it always tells me that Dimapur is in Assam, which it’s not, and that can’t be the only mistake. But for many of us, it is accurate.

Khanna developed a browser app that worked as an extension of Chrome, and mapped your friends’ locations. The accuracy was said to be within three feet. He called it the Marauder’s Map. Harry Potter fans, you get the reference!

The Harvard student, however, paid a price for exploiting the privacy loophole. He claimed his intention was to show just how invasive the collection of geo-location data is. It’s something we give away very easily and with barely any thought, but think of the implication of letting everybody know so easily every step you take! Soon, nobody will be able to get away with murder at all, even if Analise Keating defended them. Khanna was told by Facebook to deactivate the app, which had got 85,000 downloads, reportedly. He also had an offer to intern at Facebook rescinded.

Now, Facebook has released another update, according to which you have the choice of not letting your location be known. But Facebook has decided to make it work to their advantage by also giving people the option of sharing maps of their location, or another location, on messenger. When you’re on your smartphone, you simply tap on the location pin and choose to share your location, or pinpoint another place, on the map. Of course, location services are turned on by default on not just Facebook but most apps. You need to change your phone’s app settings to turn it off if you want to minimise the chances of your location being known.

Of course, according to Facebook, this feature has been in the works for months, and the release is not a response to the Marauder’s Map in any way at all.

It’s not just Facebook that has your geo-location. If you’ve taken photos and videos, and uploaded them on YouTube or Flickr, or even Tweeted them, you have also probably uploaded information about where those photos and videos were taken. Instagram is particularly devious because it seems so benign. You post photos and let your location be known. 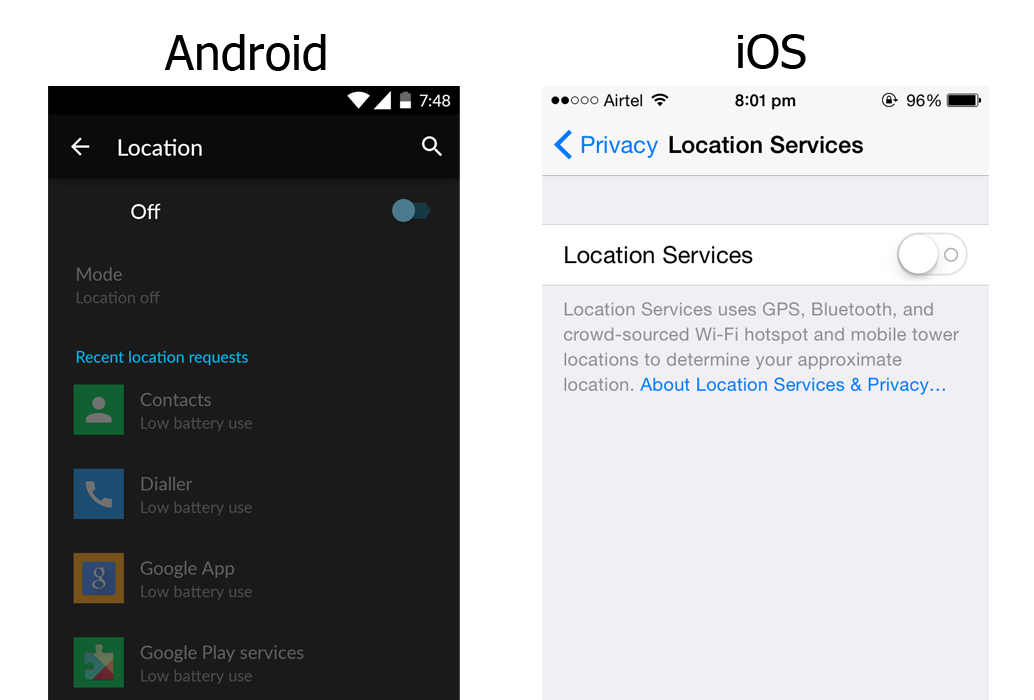 How can you turn all of this off? Well, turn locations off on your smartphone. Do not check in to any place unless you want that information to be known. Go to settings, and you will find the locations tab. Uncheck all of it. Go on, uncheck them. Now, you still might not get away with murder, but you’re one step closer to it.

How To Do Social Media When You Break Up