In yet another reminder of the growing popularity and relevance of social media in our lives, Facebook has emerged as the number one source for directing traffic to news sites as opposed to search giant Google.

An analysis of recent trends carried out by traffic analysis agency Parse.ly has established that Facebook, not Google, is the top source of traffic for news websites and online portals such as MSN and Yahoo.

The figures revealed by the analytical firm established that Facebook was responsible for directing close to 43% traffic to media and news websites while Google sent a mere 38%. Besides, the social networking giant is also a frontrunner for directing traffic to other websites such as e-commerce portals and official sites for different companies and brands. The analysis, which was based on data received from 400 different news portals such as Yahoo, MSN, The Atlantic and Reuters, revealed that the social networking giant sent one billion new users and six billion page views to these sites.

The figure was pegged at a mere 20% in January 2014, and has since doubled. Speaking to the Fortune Magazine, Andrew Montalenti, Parse.Ly’s chief technical officer said that though websites and companies put in a great deal of effort to make their content visible on social media platforms like Twitter, the data clearly pointed toward Facebook being the frontrunner as a traffic source.

The Reasons behind This Paradigm Shift 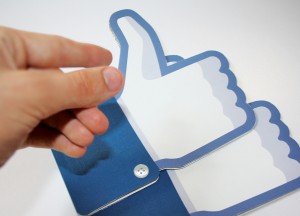 Though the recent trends do not throw up any conclusive figures, they are definitely an indicator of the paradigm shift in the way people are using the internet and also of the growing influence of the ‘social web’ in our lives. Today, Facebook is not just about sharing status updates, photos, pokes, messages, and check-ins. Setting the agenda for discourse by sharing relevant posts – be it news stories, articles, pictures or videos of general interest – with your friends forms a big part of interactions on the social networking site. This is the single most pre-dominant factor that has led to such a colossal shift in the trend of traffic diversion to popular news sites.

With a wide user base, Facebook has the potential to make news and feature stories go viral. Internet experts say people today spend much of their online time on social networking sites such as Facebook, which means they rely on their friends’ social media activities or recommendations to discover articles and stories that interest them instead of searching the internet on their own. This combination of several factors has largely contributed in helping Facebook emerge as an undisputed leader for directing traffic to news sites.

The news of Facebook trumping Google in terms of traffic diversion is not just a cause of concern for the search engine giant but also for web content creators. Google, for its part, will definitely take corrective measures, or even undertake some ground-breaking initiatives, to retain its spot as the undisputed king of SEO and search results. One such possibility would be entering the world of social media with something more pragmatic than Google+. Another is entering viable partnerships, as it just has with Twitter.

Even if Google were to re-imagine its strategy, there is no denying the fact that social media is the next big thing in the online world. The current trends are only a wakeup call to all content creators to define digital marketing and look at social media platforms such as Facebook as an integral part of SEO instead of an ad-hoc measure. As of now, most SEO campaigns are Google-centric with a few social media marketing measures thrown in the mix. If Facebook establishes its dominance over traffic diversion, SEO strategies will revolve around social media instead, with search engines like Google playing a peripheral part. While it is too early to write Google off, there is no denying that ignoring social media promotions during digital marketing can put your business venture at peril of extinction.