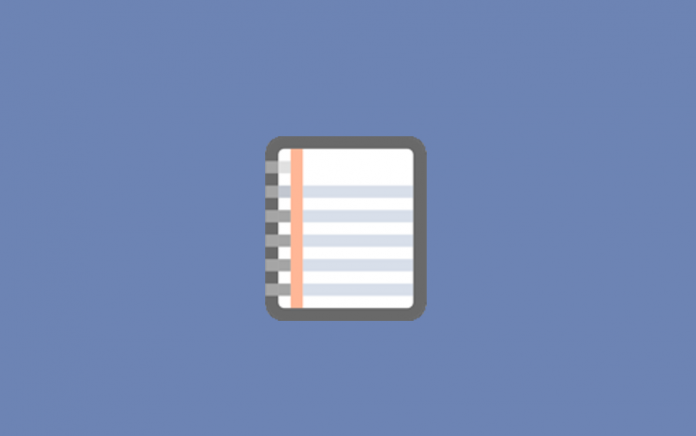 Remember when there used to be actual blogs, not just marketing ploys being called blogs? Remember when people used to write poems and lofty thoughts as ‘Notes’ on Facebook, and tag you? They weren’t particularly meant to make you buy anything, even an idea. They were just meant to be a place where you could shout out to the universe and hope to be heard. Of course, people soon figured out that they could be heard by wallets, so blogs turned into a marketing ploy. Everything worth anything is soon monetized, so more people made money off their blogs and became mouthpieces.

Facebook might have contributed to this demise, though they made a token effort to keep it going with Facebook Notes. But there were unwieldy. They were hard to find unless you went looking for them. And we know nobody goes looking for anything on Facebook, unless you’re stalking your ex. You need everything to fall into your lap.

So Facebook is trying to make up for all of it by revamping their Notes. It’s currently being tested by a small crop of users, and the verdict is that they seem to be taking on Medium, the popular blogging platform that’s been trying to place the focus back on content.

Medium, the blogging platform, was founded by the same folk who founded Twitter. Twitter is currently being soundly beaten by Facebook as far as revenue generation and expanding user bases are concerned. Now, Facebook is taking on Medium. Is it war? Was it ever anything less?

Medium is a blogging platform that places content above everything else, but still lets you indulge all of your need to judge. You can upvote, downvote, share and recommend, combining features of Reddit, Digg and Twitter.

Will it catch on?

Our verdict – 15/50. Status updates currently allow about 60,000 characters. Most blog posts are far, far shorter than that. Facebook Notes will need to include a feature that will bump its own statuses to second place as far as longer messages are concerned if they are to take off. They are making your newsfeed smarter. Perhaps the revamped Notes could be given a bump, too.

Of course, Facebook’s advantage is the same as ever: the user base makes it very easy to roll something out and be sure that it catches the eye. The disadvantage, of course, is the flip side of that coin. Facebook has got people used to short bites of information from multiple sources, in a steady stream, that lets you scroll forever without getting bored. Will people stop long enough to read a long post in the middle of all that scrolling? Will dwindling attention spans defeat the idea of blogs on Facebook?

Unless Facebook also introduces a new way of highlighting Notes on your newsfeed, just the revamping to make it into what we think is a very attractive blogging platform might not be enough to do the trick.

Using Pinterest To Drive Traffic And Promote Your Blog

How Social Media Anxiety Disorder Is Growing Inside You