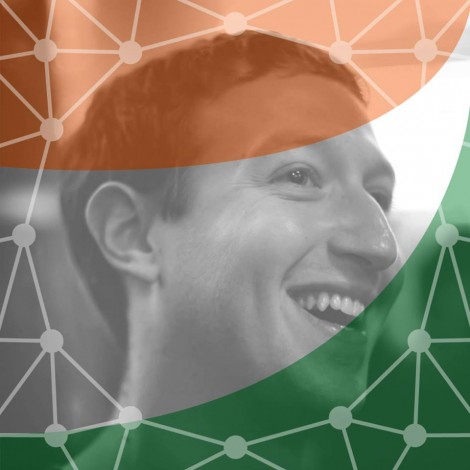 It’s astonishing how fickle people can be. A few months ago, people were copy-pasting and sending emails asking for Net Neutrality so religiously that it actually had an impact. Now, everybody is changing display pictures again – now everybody is for ‘Digital India’. The problem, of course, is that Digital India is the exact same thing everybody was protesting against when they were for net neutrality, but it’s been rebranded.First of all, this is a rebranding success story. The idea of Internet.org had created a lot of backlash from people who demanded that while yes, the Internet should very well be a basic human right for all people in this digital age, no deal with any corporate entities with heavy links to the government through campaign and other funding should be able to decide what parts of the internet comes under the basic human right part. But Facebook and Digital India must mean something else, right? Apparently not.

This was the problem that was highlighted by the net neutrality campaign. The campaign and those who campaigned fully supported the idea that everybody deserves to be online and have all the information of the world available to them. The problem, of course, was that Facebook should not have monopoly on all the information of the world, and neither does any party affiliated with the idea, including the government of the country, have the right to tell you what parts of the internet you can have.

The problem with making something free is that whatever is not free will begin to die out unless there’s something there that you cannot live without. If only chosen parts of the internet can be free, the majority – and the majority of our people are poor – will only have access to that Facebook-sanctioned part of the internet.

There is also the problem that all information will go through Facebook’s servers. Currently, there are limits to what information they can access, though they do tend to ignore those limits when they want to. Have everything you ever do on free internet done through Facebook’s servers and there we have the potential for information and data monopoly that nobody could hope to rival. There is also the security problem – the secure https protocol cannot be used at all as part of this service, even if you have to make secure transactions online.

It used Facebook tools, of course. There was the visit to Facebook HQ by the prime minister, which included a few tearjerker moments and no actual important information, but was a Facebook Townhall with Mark Zuckerberg. It is now available as a Facebook video on the event page.

Facebook has also decided to build on the success of their rainbow DP campaign in the wake of the gay marriage ruling in the US. They are using similar tools to give you a ‘Digital India’ profile photo.  There is also speculation from Hacker News and other sites that changing your profile picture using this tool includes HTML code that records your support for Internet.org, though this is being challenged by people who actually can code and have checked the script.

They also renamed the entire campaign, calling it the ‘Free Basics’ campaign instead of the Internet.org that became so notorious. Of course, this level of rebranding of a failing campaign cannot be done by most of us. It needs the vast resources and incredible reach that can only be boasted by few, like Facebook and Mark Zuckerberg.