Also Read:  Apple WWDC 2022: From WatchOS9 to the new M2 processor, here are all the big announcements!

The Apple Watch has been the butt of quite a few jokes. Even many Apple devotees, the most loyal and faithful of people, haven’t been completely convinced about the necessity of – or even a plausible excuse for – the Apple Watch.

With the latest updates announced at the Apple product release event, things might get a bit easier for those of you who haven’t managed to find the right excuse to buy the Apple Watch. Yes, on the first anniversary of its launch, the Apple Watch finally got a few long overdue updates. Here are the changes you can expect from it now. 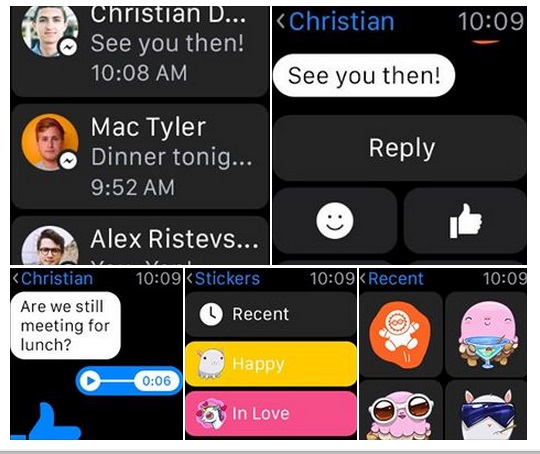 This is the first and most significant update that has been announced. It was also announced by Facebook via – obviously – Facebook, so you also have a few screenshots to show you what you can expect. Now you will be able to send and receive texts, including capabilities like emojis and stickers, through your Apple Watch. It’s almost like a James Bond gadget now – we like the fact that instead of your phone, you can pretend to mutter into and tap on your wristwatch, making it seem a lot more like a covert operations special gadget than a phone could ever be!

The new Facebook Messenger capability of your Apple Watch – you know you already ordered it – will be available once the watchOS 2 is rolled out, expected on September 16, 2015. The big difference with this new update is that all the third-party apps you love will now run on your Apple Watch natively. You don’t have to run it on your iPhone. It becomes a real standalone gadget for all practical purposes, which only increases its James Bond-like appeal. 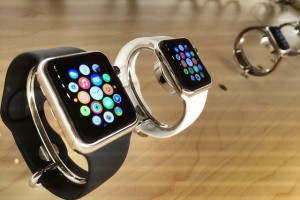 Additional features include a better integration with your favourite voice of Apple, Siri; improvements to contacts and email functions; an alarm function that works more practically and more. For developers, the news that apps can be either widgets or integrated into the face of the watch will be welcome.

While the improvement in functionality is, of course, the most important aspect of the new updates, we cannot ignore the partnership with top accessory label, Hermes. This partnership will bring you the Apple Watch Hermes, which takes the essence of the luxury brand (we mean Hermes, though we see how you might think we meant Apple) and adds it to the Apple Watch by giving it leather straps and three special watch faces reminiscent of the original Hermes watches.

The partnership also brings the Hermes price tags into the mix, with a single strap said to cost as much as $1100. That’s the cheapest one.

But the best part of the updates, as far as we’re concerned, is the improved third-party app capability, which might let you use the Apple Watch instead of an iPhone at a point not too far in the future.