There have been plenty of ways to measure the efficacy of your advertisements. Not all of them are fool-proof, of course. For instance, you can do polls and market research, but you will never really know what medium gave you the most business. When social media entered the advertising mix, it just became even more difficult. That’s why the recent updates to Facebook’s Conversion Lift might be of extra importance to you if you run Facebook ads for your business, and to help you, we give you a rundown of how Facebook Conversion Lift works.

This tool was launched back in January.  It helps you measure the impact of your advertisements and conversions across different devices like the desktop, smartphone and tablet. This means that limitations of using cookies, which can only track particular devices, can be overcome.

How does it work? 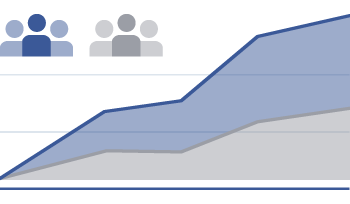 You run your Facebook campaign and you share your conversion data with Facebook, using this tool. Now Conversion Lift will divide your group of customers into those that viewed your advertisement on Facebook and those who didn’t. The information from the analysis of that data can be accessed by you through Ad Manager. This tool further divides your Facebook-conversions to those who viewed different kinds of ads – videos, links and the like. This lets you track which kind of advertisements get you the most business, and lets you streamline your campaign.

The advantage of this is that you don’t have to go by number of clicks to determine if your ad campaign has been useful. Impact does not only come from the immediate action of clicking. Even if you watch an ad and decide to take action later, as long as you follow up, it is, in fact, a conversion.

What does the latest update mean?

The latest update lets you pit different Facebook advertisements against each other and make them go a round. With this update, you can figure out which ads have led to more conversions, and tailor your campaign accordingly.

It also helps you track how efficient mobile advertisements have been in giving you those important conversions. You can pit links ads and carousel ads against each other and see which one is bringing you more business. These updates mean that you can streamline both your budget and your content far more efficiently to give you the best and most results.

Facebook is also testing a new advertising format for mobiles, adding far more content to existing ad formats. This new format is like a Facebook post that opens into the advertiser’s website, letting you make your way through far more content than a conventional advertisement. This doesn’t mean that you are immediately rerouted to the website; while that is possible, most of this content is right on Facebook. This mode of advertisement works in the full screen mode. This is being tested with a very small group of advertisers, including Gatorade and Michael Kors, so it might be a while before you see it or can include it in your campaign.

Meta has currently entered into an unstoppable mode of...
- Advertisement -
Previous articleWhy and How To Go on Reddit Roast Me
Next articleTumblr Reblogs Redesigned