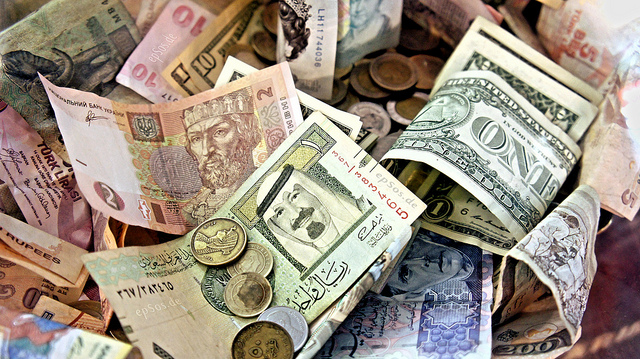 We’ve been exploring the basics and nuances of how to make money from YouTube. Of course, not everybody on YouTube makes bundles and bundles of money. Getting views depends on having an original idea, or an original take on an idea that will intrigue people enough to make them give you their time. There is no formula to find out what will click, but we can look at what the top YouTubers are doing, and see if you can find out niche.

Take 2014, for instance. There are analytics sites like Social Blade that try to give you their best estimate as to how much YouTubers are making from their channels. Of course, the problem is that CPMs and RPMs vary rather widely from user to user, and very rarely do any users volunteer to tell you how much their CPM is. So all analytics sites can do is give you a range, which can be quite wide. Still, it gives you an idea of the potential a really successful YouTube channel holds.

The top earner on YouTube in 2014, according to this data, was a channel called DisneyCollectorBR, and there is only one thing the channel does: it unboxes toys from Disney. Unboxing things is a popular theme on YouTube. You will find channels dedicated to unboxing everything from toys to Kpop music CDs.

It’s exactly what it sounds like. They get a box. They open it. They take out everything in it. They put it together however they want. They talk about it. Some of them feature the creator of the channel. Some just have a voiceover.  This particular channel has just the product and a voiceover, and their most popular video – unboxing Play Doh Sparkle Princess – uploaded on July 2014, has 335,058,946 (and counting, now) views. Videos are usually about four to 15 minutes long.

So how much has the channel made? Anywhere from $1.4 million to $21.9 million in a year. That’s a lot of play doh. The channel uploads up to 12 videos a week. According to view counts over the last few months, last year’s number two might be this year’s number one.

PewDiePie, whose real name is Felix Arvid Ulf Kjellberg uploads commentaries and vlogs – video logs – mostly about video games. His commentaries are called ‘Let’s Play’. His views have definitely surpassed those of the unboxing queen, hitting over a million for each new video within a day, while the unboxing princess play doh gets a few hundred thousand in that time frame now. PewDiePie’s channel has 38.7 million subscribers. That’s more than Rihanna’s VEVO account. His estimated earnings last year was between $1.2 and $18.9 million.

His USP is just being himself, and saying what he thinks. Sometimes what he thinks makes you want to punch him in the face, but he evokes that reaction. Reaction means views. Views, if there are enough of them, means money.

More than half of the top ten earners were people who made vlogs or commentaries about video games, especially Minecraft. Another in the top ten was a bunch of nursery rhymes. Children’s toys are big earners in different ways. Unboxing chocolate eggs to find kids’ toys inside was another big hit. Adults doing things kids do – again, playing with toys – also seem to be big hits on YouTube.

Another genre that does well enough to be significantly represented in the top thousand is pet-related content (kittens and puppies are always cute, but hamsters are also great). Those in the top ten of this subset get multimillion views a month, too.

One thing these top earners all have in common is that they upload very frequently. In May 2015, the top thousand channels according to Open Slate uploaded 54 videos, on average. They managed to increase their monthly views, on average, by 26.6%, and over the first half of this year, the number of subscribers increased by 12%. Average number of subscribers is over two million.

So we can tell you exactly how to be a hit. Train your dog to play videogames, and get your cat to unbox toys while sneering. Do a splitscreen, with a hamster cheering them on. You’ll be rich in no time.

How To Build Your Network Online: Think Beyond LinkedIn