Popular social media sites, arch rivals Facebook and Twitter, are emerging as the latest news hubs. As more and more users turn to these platforms as a source of information, news is becoming an integral part of the social media experience. This newest trend reflected in a study carried out by the Pew Research Centre which speaks volumes about the growing influence of social media on almost every aspect of our lives. While this in no way suggests that relevance of other sources of news has been undermined, it definitely means that news organizations and media houses can no longer afford to dismiss social media.

Speaking about the research, the director of journalism research at Pew Research Center said that social media was certainly a part of the news streams and the way users connect on these platforms had a bearing on their knowledge of events taking place in different parts of the world. The study that covered a sample size of 2,000 Americans revealed that 63 percent of users from both social media sites used these platforms as a mainstream source of news. Compared to the figures from a similar survey carried out in 2013 where only 52 percent of Facebook users and 47 percent Twitter users said to have relied on social media sites for news, there has been a marked increase in the number of people using these sites as a source of news and information. 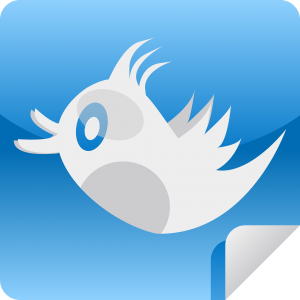 What’s more intriguing is that this increase in number of people using these social media sites as news sources has nothing to with an increase in the number of users. It is, instead, a reflection of the way user behavior on social media is constantly evolving and finding new dimensions.

The change, however, hasn’t come about on its own. People rely on Facebook and Twitter for their daily dose of news because relevant news stories get served to them on their wall or homepage. The concept of these social media sites emerging as news hubs has been institutionalized through conscious efforts on part of both the social networking giants. 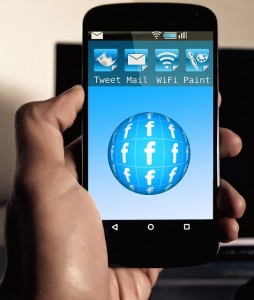 For instance, Facebook’s Instant Articles feature allows users to read news stories and articles without being redirected to the site of origin and Twitter’s Project Lightning extends the option of following events in real time to internet users across board and not just those registered on the micro-blogging site. Facebook has launched Signal for journalists. Google has something else in the pipeline.

A further breakdown of the news being shared and circulated on the two sites revealed that Twitter was the preferred destination for users to access updates on breaking news stories while Facebook was being used to read opinion pieces, political content and analytical articles.

The arrangement facilitates a multi-dimensional flow of information – from journalists to their audience, between journalists, between audience and from audience to the journalists – making way for a win-win situation. It helps reporters and editors keep a tab on the readers’ expectations, while users enjoy the benefit of news being delivered to them without necessarily seeking it. Even as the audiences’ reliance on these social media sites for accessing news stories is likely to grow, journalists and news organizations now have to additional beats to man.

WhatsApp might soon allow you to hide your online status

WhatsApp is planning to soon give you the ability...

How does technology play a role in the Russia-Ukraine war?

Since Russia invaded Ukraine, there has been constant talk...

The viral image-to-text AI tool that people were using...
- Advertisement -
Previous articleFacebook Takes on TV for Ads
Next articleHow to Use Social Media for Event Promotion