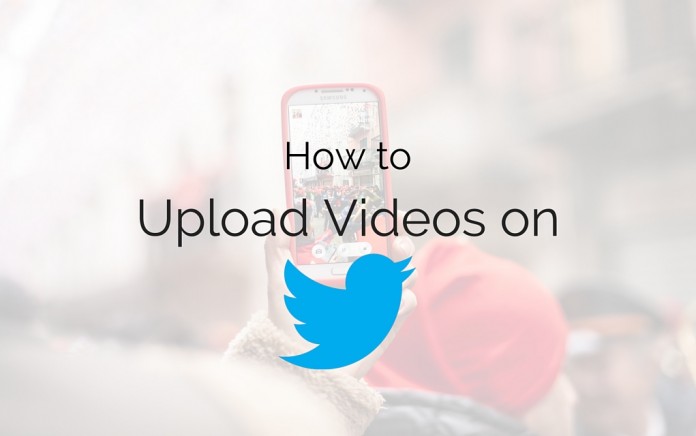 Social media has changed the way we communicate with each other and the world at large. Now you can not only chat with anybody anywhere as long as they have Internet, but you can upload and share pictures and videos, and even indulge in video chatting. Twitter might be known for its short bites, but you can share videos on Twitter, too. Not everybody knows how to upload videos on Twitter, so we’re here to help.  Here’s a guide for uploading videos on Twitter, one of the key features introduced by the site.

I. To record and upload a video of duration up to 30 seconds:

II. Uploading a video of duration more than 30 seconds:

Also Read: How To Make your Video Go Viral Like A Virus on the Internet

There are also two other ways for sharing your Vine videos of six seconds and to import and tweet a video from iOS phones. For the former, you simply need to add Twitter account under ‘Social networks’ in your Vine profile, followed by tapping the Share icon below your post. Steps to be followed for the latter are – Tap the Tweet icon, find and select the video to be imported, edit the video duration and tap Trim, followed by Tweet.

These easy guidelines for uploading and sharing videos on Twitter will surely help you through the procedure. The audience for the videos uploaded and shared on Twitter can also be managed by you, so you hold all the controls and can feel as secure as it’s possible to on Twitter. So start recording and uploading!