In this era, where everything and everyone wants to spread worldwide, wouldn’t you want to know how much your social networking sites could do for you? Well then, there are good news people! Facebook has helped you break one of the most important barriers of your communication-Language.

Yes, you heard it right, you can now inform, instruct and impart your information regarding any matter, in any language and the best part is that you don’t even need to learn the language; Facebook will translate it for you.

Not that Facebook didn’t know you needed this before, it had this option but now modified for better. You might be a social media expert or a business development executive struggling hard to communicate with a global audience. All of you, would want to know how this can be done after all who would not aim bigger and want to spread across the globe, isn’t it?

Your post will be shown to your followers in a language most relevant to them. Comments and likes will be added to the same post.

And you are done; the time taken will be only the time you take to write your post!

But, there is something you need to do before this. Actually, this feature is not automatically enabled in your Facebook account and so you need to enable this to enjoy this facility.

Now, I will acquaint you on how to enable this feature. 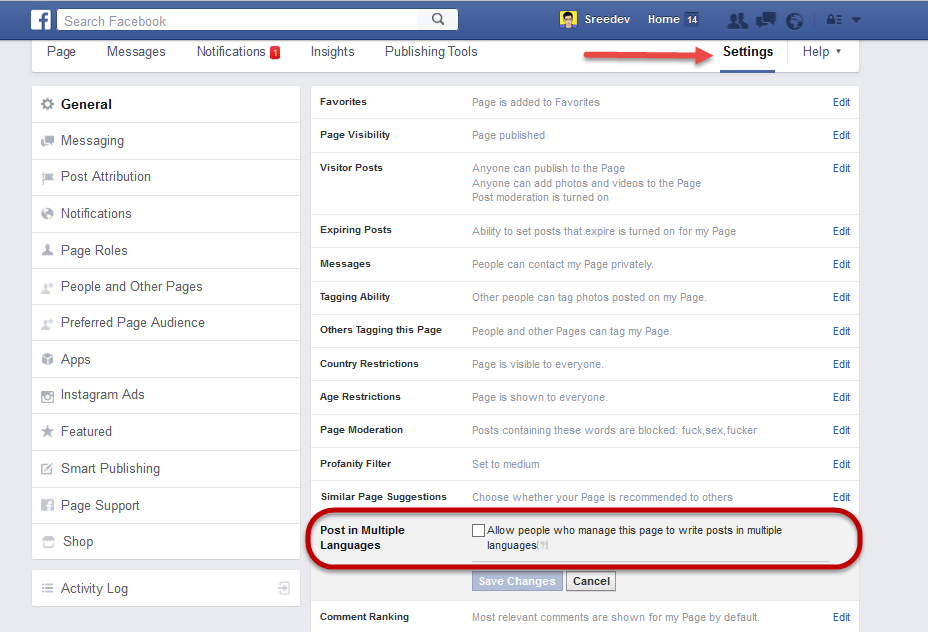 And you are done!

This is all you need to do for an expert marketing strategy to reach millions. Your post, will now reach the people in the language version in which they, are using Facebook.
The original post will receive all the comments and likes.

Global businesses that face the challenges of serving customers speaking different languages or a new firm which would like to expand its horizons into the global world without having to spend half its money to global advertisers, this new tool can come to your rescue of you all.

Also, the hectic hours and a larger team which would have otherwise been required for an effective marketing system to reach your users and potential customers will also be reduced drastically. Thus, making your work much easier and efficient.