Also Read:  100+ Hilarious and Funny Facebook Status that will make you ROFL 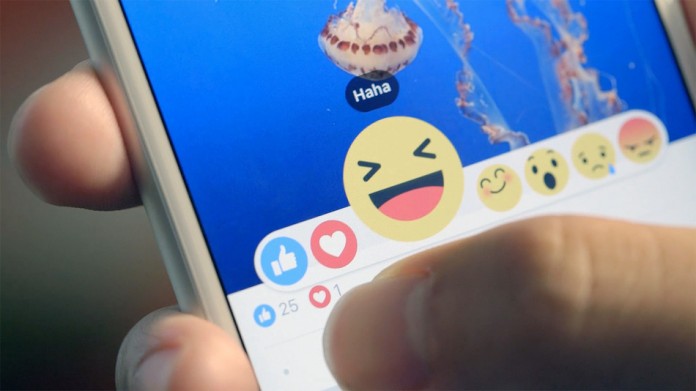 Facebook never gets tired of experimenting and updating, right? Every other day one or the other feature is added thus, making this platform of communication one of the best, or should I say ‘The Best’ withstanding the global competition.

Be it the amazing page design or the expressive stickers, Facebook has not left any stone unturned to ‘stay in touch’ with the contemporary world at the same time ‘moving ahead’ of it. So, what’s the latest thing that Facebook has to offer?

Well, in my last post I talked about the introduction of the updated ‘video ad’ features, profitable mainly for the business class but this time it’s something for all of us. Yes, all of us! It’s the new ‘reaction buttons’.

I’m damn sure by this time all you Facebook users might have witnessed and even used this but for those of you who are still wondering what this is; here is all you need to know. And those of you, who already are cognizant about this, trust me you will only get to know more. So, read on.

So, let me start with what this reaction button actually is?

Earlier in your News Feed when you saw any picture, status, video etc, what could you do? You could either like it, leave a comment or share it. But what if it’s not a ‘thumbs up’ that you want to give to the above mentioned things and you feel a little too lazy to type down a comment. Don’t you worry, because Facebook found out your problem and is all set to help you set sail to a whole new world of expressions on Facebook.

Nonverbal forms of communication like body gestures and facial expressions make communication a more interesting process, no wonder emoticons are so popular and Facebook is using the most of them.

So now, along with your like (thumbs up) button, you get 5 more emojis. Yes, you heard me right a total of six various expressions in just a click, isn’t Facebook really amazing? Okay, well let’s not term it as all new tool but a stunning extension to the existing one.

Wouldn’t you like to know which all emojis consist this pack of 6?

➣ First and foremost you have your ‘LIKE’ emoticon; the most used one.
➣ Second in row, is the heart or the ‘LOVE’ emoticon; spread the love.
➣ Third, is the ‘HAHA’ emotive icon; no more lol and rofl needed.
➣ Fourthly, ‘WOW’ emoticon; for a shocking yet delighted you.
➣ Fifth is the ‘SAD’ emoticon; express your woebegone.
➣ And lastly, the ‘ANGRY’ emotive icon; there is so much to be angry about.

To make things even easier and to avoid any sort of confusion these animated emotive icons are being named just above their icons, so that even by mistake you don’t click the wrong one; Facebook makes everything so easy!

So then where are these buttons? 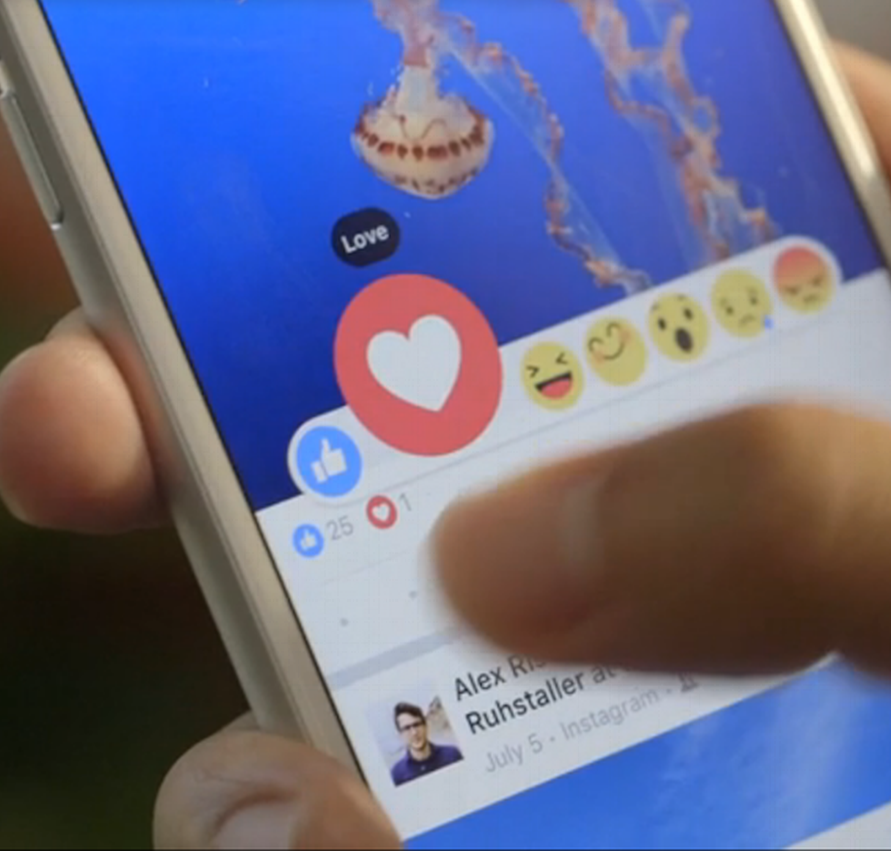 Well, all you need to do is either long press the like button or hover your mouse over the like icon and all the other 5 emoticons will pop up. Easy right?
The team of designers developing reaction buttons knew that in order to reflect the intensity of the reaction, the emoticon actually needed to react. This is the reason when the user thumbs over each of these emoticons they animate like tiny GIF’s.

According to designers at Facebook, the main criteria for selection were universality and expressivity! The most used of all the emoticons and also keeping the diversity factor in mind, these six emoticons were chosen after a lot of research and experiments. So next time if your friend complains that Facebook could add some other emoticon, tell them, ‘Majority Wins’.

the main criteria for selection were universality and expressivity!

The Techies Brains at work

Where to fit these emoticons had been a major challenge as the page is already full and under the post, slot has already been occupied by like, comment and share. From trying to put all the emojis under one post to grouping them together, everything was tried but all of it failed even in the internal testing. So now, they thought of resorting to a happy medium, under every post three most commonly selected emojis will appear, so next time you think the emoji you selected is not there please don’t panic and try to click it again. Facebook has recorded each and every action of yours.

under every post three most commonly selected emojis will appear

What was with this idea?

Mark Zuckerberg and his team might have thought, that the people should get a better experience of conversing and that all what you see on Facebook is not likable, like some are much more than just a like and some are way too depressing to get a like.

Even though even after so many people suggesting it to add a dislike button, I don’t think Facebook is going to do that anytime soon, but let’s not complain, Facebook is trying to be Different! (maybe)

Since, it is recorded that majority of the people use Facebook through their mobiles, commenting through keypad is not a very pleasant job and so adding emoticons like these would only enhance the process of interaction. Thus, making Facebook more desirable.

According to Julie Zhuo, a product design director at Facebook, this was the mastermind of Mark and after researches they found out that people actually wished to leave their feedback in a quicker and easier way. Thus, came to reality the ‘Facebook Reactions Buttons’ after almost a year of trial and errors.

This new technique is sure to draw a lot more traffic for the website and also enhance the users experience by making the news feed much more reactive and expressing!
Go try these and leave your feedback in the comments below.