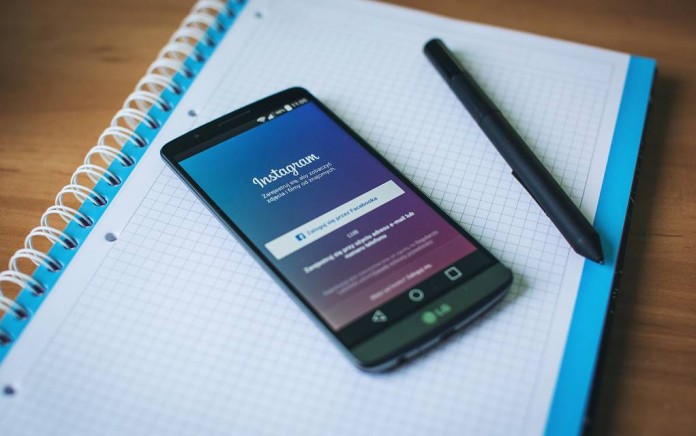 When Facebook never puts a screeching halt to its up-gradation process, why would it ever push back the promotion of its own company; Instagram? Yes, the Facebook owners are making the most of all the strategies to keep the functioning of Instagram up-to-date.
Think of Instagram and what comes to your mind? Photos? Hashtags? And of course, the ‘reverse chronological order’ news feed. But guess what, Instagram is going to change this and go the algorithm way! Oh no, all of a sudden you won’t have a changed news feed, they are slowly experimenting and would take your feedback while moving along.

Why did they do this?

According to the Instagram blog post on 15th March 2016 they said, ‘Instagram users on an average miss 70% of their news feed. Since this social platform has increased and reached almost 4 million users, the content it produces is too vast.’
And so the founders wanted their users to have a better experience and not miss the ‘Important photos or videos’ just because they were engaged that time with some very important work or sleep, due to the time difference across the globe.

The post said that, ‘If your favorite musician shares a video from last night’s concert, it will be waiting for you when you wake up, no matter how many accounts you follow or what time zone you live in. And when your best friend posts a photo of her new puppy, you won’t miss it.’

So now, you don’t have to worry whether the picture your sister updated of your niece from some other part of the world will be missed by you because you were asleep. You don’t need to keep on scrolling down and still not get what you want.

So, what are they up to?

Instagram is planning to put the pictures and videos the algorithmic way, which means that now your news feed will have photos and videos which the app thinks, you would like to see based on your previous followings and interactions.
With this move Instagram has become the latest social platform to introduce the algorithmic way of news feed after Facebook in 2009 and Twitter early this year. The post said, ‘As we begin, we’re focusing on optimizing the order — all the posts will still be there, just in a different order.’ They surely are going to cook up some new formulas at their tech center.

Remember the buzz that was created when Facebook and Twitter started to follow the algorithm way of arrangement of news feed? People had made groups and pages saying ‘Make Facebook the old way’, ‘#RIPtwitter’ etc.
Even after these revolts, there had been an optimistic thought on the reaction of people by similar changes on Instagram as it is solely a photo and video sharing platform. But optimistic thought does not necessarily lead to a positive outcome and so even Instagram is witnessing all sorts of criticisms after the announcement of this new introduction.

Dear @instagram, PLEASE DON’T CHANGE. PLEASE DON’T ASSUME YOU KNOW WHAT I WANT TO SEE! I DON’T WANT AN ALGORITHM, I WANNA LOOK INTO THE PAST

Not happy with @instagram‘s new feed update… if you don’t know about it- read here: https://t.co/Ojx933b21y#RIPInstagram ?

Dear @instagram, PLEASE DON’T CHANGE. PLEASE DON’T ASSUME YOU KNOW WHAT I WANT TO SEE! I DON’T WANT AN ALGORITHM, I WANNA LOOK INTO THE PAST; Now Instagram is going to decide for you what pics you should see first. Leave my timeline alone man! ; Not happy with early this year‘s new feed update…, are some of the immediate responses by the Instagram users.

Like everything even this new update has 2 sides, a positive and a negative one. Though the aim of the company is to provide quality to all its users, you cannot always please everyone. Also in providing for and looking after the needs of its people the company can’t forget that it aims at maximizing output!

So, here are some of the effects which this latest change would bring to light on different things on Instagram. Let’s begin with those having positive effect.

Yes for you who stay far-far away from your sister but love your niece way too much, you can now be sure that you won’t  miss your baby’s first walk video because your sister posted it when you were on a flight. It will still come first on your news feed because now, Instagram knows what you want to see. So, be ready for a heartwarming experience using Instagram.

Well now, the ads would need to be supported by payment to make sure it reaches out maximum number of users out there as now the whole system of reverse chronological order has come to a standstill and so revenue is going to boost up for the Instagram company. As said by Chris Tuff, director of business development at 22squared “If you pay to create good, quality content, then pay to promote it. And don’t waste time creating shitty content,”

Those brands and accounts which are already doing well will get a positive push as their contents will be pushed up to the top of the news feeds of millions of people who have made it a habit to check them. Things like beauty, fashion, entertainment, etc. are going to make the most of it from this all new feature.

And the negative effect

People not having particular tastes

Those people who are not yet able to prioritize what they like and those whose tastes and preferences keeps on changing will be at a loss from such a feature. As said only 30% is what the users see on their feed and in this 30% these people would get to see only what they have already seen which will make their experience boring and useless.

New companies and startups which were progressing because of their strategies related to time, like these companies would post an ad at a time when most number of users are expected to use this platform will be losing a lot of their business by getting less views on their ads as they will be pushed somewhere really down the news feed

Opposite to those things which are trending topics like health and fashion some pages and Brands which are not common and were trying to become popular will also not be able to achieve their target which they were supposed to hit using this social platform after the introduction of this new feature.

So, in the end we can say that this new feature is bringing in a lot of mixed reactions. Some are profiting while some are going to lag way behind. Jason Stein, CEO of social advertising agency Laundry Service for instance has an optimistic approach and says, “Instagram’s transition to an algorithmic feed was inevitable, you end up missing a lot of important content and your content isn’t seen by the people you’re posting it for. This is going to make Instagram great again.”

Let’s wait and see what this change will eventually lead to. Meanwhile you all can put down your views on this new update in the comments section below, just to see what the majority has to say!