DALL- E Mini: What you need to know about the viral AI tool that people are using to make memes 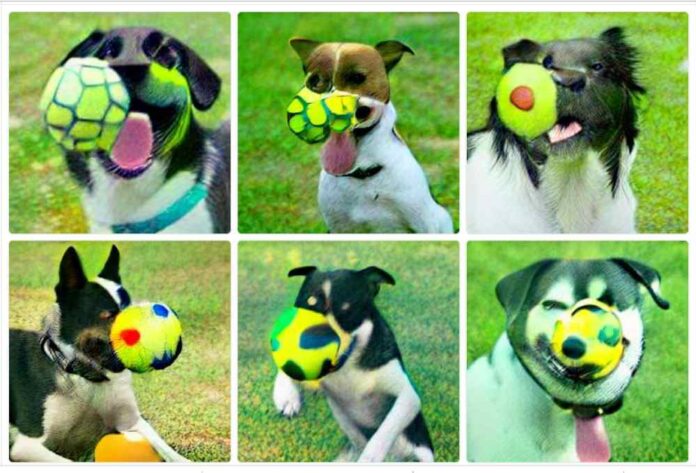 After DALL-E and DALL-E 2, another text-to-image AI tool that people are using to create hilarious images is DALL-E Mini. People are creating images that you didn’t know you needed to see with this AI tool. It gives us an idea of how amazing the power of AI is and this is just the beginning.

What is DALL-E Mini?

DALL-E Mini has been created by Boris Dayma and it is not an official version of Open AI’s DALL-E. Boris Dayma, the guy behind DALL-E Mini wanted to create a version of the tool and give it to everyone to use their imagination. This tool was developed in its basic form in the span of one month and has taken the internet by storm. According to their project report, this version is 27 times smaller than the original DALL-E. It was announced on Twitter in July 2021.

This text-to-image AI generator has been replicated like DALL-E but there are several differences and similarities that the creator has pointed out in the report. It is still under training and the team keeps improving it. While Open AI’s DALL-E is not open for everyone, this version is open for everyone to try on the HuggingFace website.

How does DALL-E Mini work?

This AI tool works with the help of the images that it can see on the internet. To explain it simply, It builds a link between the image and its description to generate new images. For example, if an image is labeled as a ‘bottle’, after seeing enough images with the same label, it will begin to identify it without the label.

“The hardest part is definitely people. If you draw a landscape with Dall-E, it’s amazing, because if there’s a small problem with a tree, nobody notices it and the landscape still looks great.”

How to use DALL-E Mini?

For someone who is looking to explore the potential of DALL-E Mini, it is pretty simple to use it. You have to input a simple text description and after a while, the tool will generate multiple options for you. You can be as specific as you want to with the descriptions but since this was developed on a smaller level, don’t expect something mind-blowing. Although the results this tool generates are pretty amazing too.

What is the internet doing with DALL-E Mini?

The internet never fails anyone. It is always worth watching what people are up to these days and with DALL-E, you can expect the most unexpected images! Everyone is trying their hands at this AI tool and Traffic has been exploding for several weeks now.

The tool has become a social media sensation. Here are some of the images that have been created by DALL-E Mini and will crack you up.

Boris Dayma thinks tools like these would soon be applied in videos too. Some are already experimenting with the audio version of it. This technology is going to get much better.

The future of artificial intelligence looks bright. But since these tools are trained through images, it is not aware of the biases that exist in the society. This is one of the biggest challenges or limitations that can be faced by the AI industry.

Artificial Intelligence in Stock Trading: How is it helping stock traders?