Partnership with Microsoft, Quest Pro VR, and everything that you absolutely need to know from Meta Connect 2022 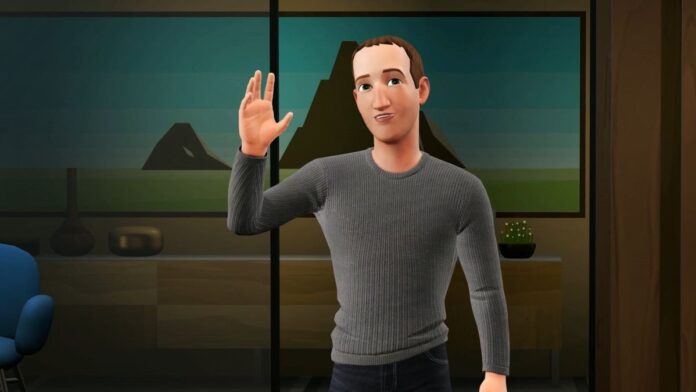 After the last Meta Connect event, i.e. since Meta (previously Facebook) announced it would focus on building the metaverse, the company has invested billions of dollars in building the future. Although the most awaited part of the event was its new VR glasses, many were attracted by LEGS. Meta’s avatars finally have legs but there are many other things that CEO Mark Zuckerberg announced at Meta Connect 2022, here’s everything that you shouldn’t miss:

Meta Quest Pro is a combination of “all good things” from its existing Quest 2 and new features. The VR device will start shipping on October 25 at $1499.99 including the headset, the controller, stylus tips, a charging dock, and partial light blockers. This VR is a workplace offering from Meta, is smaller, lighter, and has an ergonomic design that encompasses the battery at the back of the head, giving more balance.

The company says the headset is the first in its high-end product offerings. Meta Quest Pro features pancake lenses that can fold light several times and a high-resolution outward-facing camera. It also has inward-facing sensors meaning, it can detect facial expressions and reflect them on your avatar as well.

The previously floating Avatars without lower bodies have been finally given legs and this is something that Mark Zuckerberg seemed super excited to announce. The company also announced that soon an Avatar store will be available where people can buy accessories for their Avatars using real money. Meta is also bringing Avatars outside the metaverse to video chats in Messenger and WhatsApp.

The company also demoed a codec Avatar that is still in development but depicted a very realistic Avatar of CEO Mark Zuckerberg.

Satya Nadella, the CEO of Microsoft also joined the event to announce the entry of Teams, Office, Xbox Gaming, and Windows to Quest VR headsets. This will enable users to use their Meta Avatars in Teams. According to the company’s blog post, this partnership “will bring powerful new work and productivity tools to Meta Quest Pro and Meta Quest 2 next year, including apps for Microsoft Windows 365 and Microsoft Teams and the ability to join a Teams meeting from inside Meta Horizon Workrooms.”

Mark Zuckerberg also added, “We think that this cross-device, cross-screen experience will be the foundation of the virtual office of the future.”

Gaming and Media in VR

To introduce the gaming world into VR, Meta announced the arrival of Marvel’s Iron Man VR launching on November 3 in Meta Quest 2, and Among Us VR will be available from 10 November on Meta Quest 2. Several more games like The Walking Dead Saints & Sinners: Chapter 2 Retribution will also be available on Quest 2 from December 1.

Meta also announced its partnership with NBCUniversal to incorporate the Peacock app in the metaverse. This will enable users to interact and engage in virtual experiences that are created around The Office, DreamWorks, Halloween Horror Heights, and more.

Meta also gave us a sneak peek into how far the company has reached into developing the vision it sees for everyone in the virtual world. The technology displayed looked pretty impressive but we are still not there yet and we certainly have to see how will we incorporate that technology into our lives.

Top 17 metaverse jobs that have the potential to be in huge demand by the next decade!

The Metaverse, Multiverse, and Omniverse: What are the key differences?

Top 17 metaverse jobs that have the potential to be in huge demand by the next decade!

The Metaverse, Multiverse, and Omniverse: What are the key differences?