Also Read:  talentedHippo is teaching young kids to nurture their creativity through the metaverse

Psypher Interactive, an Indian gaming start-up, talks about the metaverse, NFT, and how it will shape the gaming world 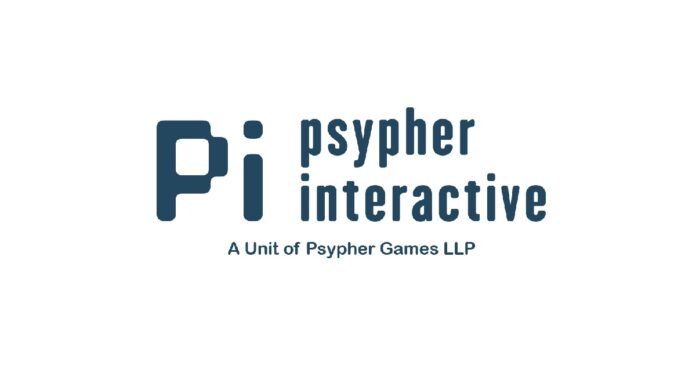 In 2015, Mr. Ashish Daga started his career as a game designer when the game design space was highly unexplored. With unconditional support and trust, Ashish along with his group of college friends decided to become entrepreneurs and establish their own game design and development studio, Psypher Interactive.

Team Sociobits: How did you come up with the name Psypher Interactive?

Ashish Daga: After a rigorous brainstorming session, the whole team came up with 4 to 5 names. Unfortunately, domains weren’t available for any of those names. Eventually, we figured out a unique way to brand our company. ‘Cipher’ means writing something in a secretive way, or it is basically a unique way of inscribing. So, we gave it a twist by adding “psy” instead of “ci”. We call it a distinctive way of writing history.

Team Sociobits: What are you offering at Psypher Interactive?

Ashish Daga: We started out as a product-based company, and then we pivoted to a service-based company. Right now, we have incorporated both. We had one thing on our minds: We wanted to be a bootstrap company from the very beginning. When we first started, there was no wave of funding or start-up ecosystem. In order to bootstrap our way to success, we decided on keeping an old-school business model rather than what exists in the current generation.

And now, the gaming bubble has boomed after COVID, and everyone is looking to work in or around the gaming industry. Hence, we could focus on incorporating both aspects into Psypher Interactive. Also, we call ourselves an “Indie Studio,” and the products that we build have a different take, an artistic view, a gaming experience, etc.

As of now, I can only tell you that we are building a game and we will be talking about it very soon. So, something is coming up! We are planning to demo it at IGDC, Hyderabad which will take place in the next month.

Team Sociobits: From being a service-based company to a product-based company, could you tell me how your journey has been?

Also Read:  The Startup Lab: Every startup's one-stop destination for all their needs

Team Sociobits: Could you point out any challenge you faced and how you tackled it?

Ashish Daga: Initially we didn’t know where to go. We simply knew that we had a number of ideas and could build games but not how to gain from them. All the founders at Psypher Interactive belonged to the same college and bonded over playing DOTA 2. This gave us an edge as strategic partners. However, the challenge that we majorly faced was that we had a vision and a game development experience that we wanted to deliver to the ends of the world, but we were stuck while executing them.

Building market-ready products and understanding the mechanism of the gaming market were a few things we had never encountered. In 2016, we were a part of an event called Pocket Gamers Connect in Bangalore, and one of the participating teams secured first place being awarded prize money of Rs. 10 lakhs. There was a press round before the competition where we got to know that our competitors were building games for over a year, but ours was only a four-week-old game.

The learning we received was fruitful networking, honest feedback, and business monetization. Using all our acquirements before the event came to an end, we had already landed our first service contract.

The learning we received was fruitful networking, honest feedback, and business monetization. Using all our acquirements before the event came to an end, we had already landed our first service contract.

Team Sociobits: What do you think will be the role of NFTs and the Metaverse in the gaming world?

Ashish Daga: From the gaming world’s perspective, the metaverse already exists.  Entropia, World of Warcraft, and DOTA are a few such games where people can come together in a virtual world. I would say the metaverse existed, but not like in the movie Ready Player One.

Now that Blockchain technology and NFTs have come into the picture, buying-selling-owning items in games like DOTA will come with a ledger. Even if someone is selling an item that I owned twenty years ago, my name would still be recorded on it. Essentially, Web 3 is a good layer to be added to your game, however, at its core you need to create an impactful and immersive gaming experience. Our take is that once you have built a good game, you can have these add-ons once you have formed a community around your game. You could use it as an additional source of revenue.

Team Sociobits: What do you think the gaming world will look like in ten years?

Ashish Daga: The global gaming industry is much bigger than the Indian gaming industry, however, Indians are catching up too. All we need are more IPs, resources, and collaborations where two gaming studios bring their best to form a very unique game. The gaming industry’s potential is much more than music and movies. For instance, Indie Gaming companies like Xigma Games, Ogar Head, Lucid Labs, and Nodding Heads Games are generating revenue from different parts of the world, but generating revenue from India is more difficult. From people’s perspective, India is more of a volume game rather than a revenue game.

The global gaming industry is much bigger than the Indian gaming industry, however, Indians are catching up too. All we need are more IPs, resources, and collaborations where two gaming studios bring their best to form a very unique game.

Team Sociobits: What lies in the future for Psypher Interactive?

Ashish Daga: Currently, our complete focus is to produce more games in the next 5 years. There are a few IPs that are in our current pipeline and also we have plans for more in the coming years. And with the increase in social interaction over the internet, we believe that it is going to be the place where most of the socializing and even business interaction will tremendously increase so, we are currently focusing on dedicating our resources to building a few awesome multiplayer games.

With the metaverse, Web 3, and NFTs, the gaming world is evolving and is avidly a part of this technological revolution. Gaming companies like Psypher Interactive hold huge potential to open the doors of the virtual world for everyone.

Meet the social kindness platform that will give you your daily dose of kindness: aidbees

Meet the social kindness platform that will give you your daily dose of kindness: aidbees