[dropcap type=”2″]2[/dropcap]014 FIFA World Cup Brazil is just two days away and the social network giant, Facebook  will head the match on the world wide web with its new Trending World Cup hub, which pulls in news and the best contents related to the tournament throughout the match.

The announcement was made on its Newsroom blog saying,  “For this year’s World Cup, we want to give people one great place to experience the action in real time. Today we are launching Trending World Cup, a dedicated hub for fans on Facebook to follow the tournament as it unfolds.” 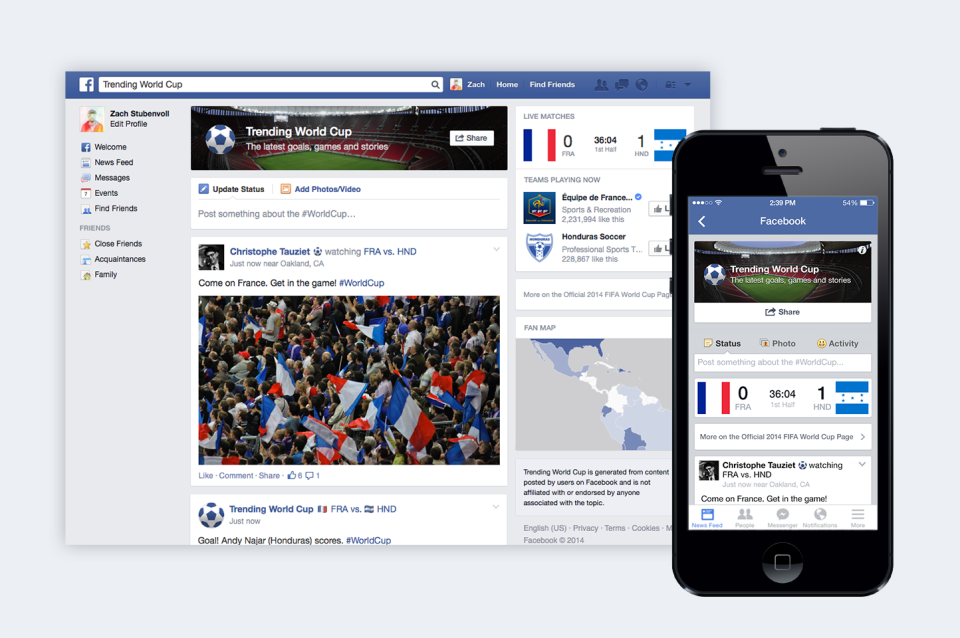 In simple, the  Trending World Cup hub delivers you the latest scores, highlights from matches, a feed of posts from players and teams. Your friends posts about the matches will also show up on the hub. You can access the hub directly from this link: http://www.facebook.com/worldcup/ or you can also get into there from Trending section.

Apart from these, Facebook also introduced a new character called “The Ref” who describes himself as “Facebook’s “official” official of the games” as he reveals commentary and updates about the matches.

In addition to the hub and The Ref, Facebook also announced that, starting Thursday users will be able to share the specific match they’re watching during the World Cup by tapping the smiley icon while creating status updates and selecting “watching.”