Also Read:  7 Ways How Social Media Can Help You Save Money
FacebookHow To

How Political Elections Can Be Influenced By Social Media

How do you think Narendra Modi managed to win the 2014 election?

His immense popularity? Yes! His real and long life promises? Yes! But most importantly it was his idea to use social media as a tool for campaigning.

His strong online presence was what that made this a smooth win for him and his party. Social media could be considered as the best brand building tool and this exactly what Modi’s government did. They created the “modi brand” . With 14 million followers over facebook and 4 million over twitter Modi became the ‘barack obama’ of India

With his selfies and tweets reaching out to millions, he became the first social media prime minister of India.

My article is not on Mr Modi but on his unique way of using social media as a tool for his campaigns.

Lets talk about how elections can be changed into ‘social media elections’.

The best part about campaigning through social media is that it is a two way street. It not only focuses on the speaker like other medias but also gives equal importance to the listeners. It is a platform where the candidates can interact with the target audience and act to their needs. Here what people think about you is more important than what you actually are. Involvement in the social media let you project the image which you want your the audience to see and understand. 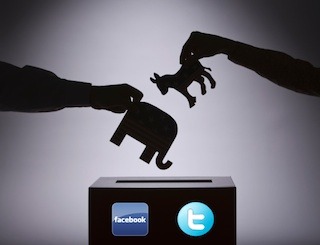 The World is Open to You

What do you think, Organizing a typical campaign rally would reach out to how many audience? A district, a village or a state? If the same campaign is done online then it is the world that becomes your audience. Social media gives you the opportunity to reach out to mass audience.

Reaching the youth. Social media gives you the chance to stimulate those thousands of individual who sits glued to their cell phones. It is the best way to get the youth into politics. Twitter, Facebook, YouTube, Google+ all provide politicians the opportunity to find their potential voters. By keeping yourself updated in these sites you can engage and educate your voters.

With reactions , feedback,conversations and debate social media literally improves the quality of elections. It has also caused the increase of female participation in elections.

Democracy is of the people by the people and for the people . Social media enhances people’s involvement and thus contributing and promoting democracy.

IF YOU ARE LOOKING FOR A PLATFORM TO REACH OUT TO MASS AUDIENCE, THEN SOCIAL MEDIA IS THE BEST PLATFORM.

Facebook now known as Meta, has been a pioneer...

There is a quote that says, " Nostalgia is...
- Advertisement -
Previous article
Why Quora is the New King of Social Media Networks
Next article
How The Social Media Is Influencing The World To Change