Also Read:  5 Good Karma To Do On Facebook Right Now

Reddit is one of the most famous places on the internet. Claimed to be the “front page of the internet” getting famous on it is pretty hard. Reddit is basically a bulletin board where you can share content either in text form or by sharing links. So when someone sees themselves on the front page of Reddit, they are basically on the top of the bulletin board of internet. Not only does it gives you prestige online but adds incredible amount of credibility. This is why for those that are working in content, it works wonders. But first, you have to figure out Reddit and how to become popular on Reddit.

Reddit works in this way: users of the platform can share links or texts to different communities that are set up on it. These communities are called subreddits. These communities are so diverse that you will find one for almost anything. From politics to funny content, to games to news. Everything is found on Reddit. If by chance there is not one, you can simply create one.

Now once you submit a link, other users can either upvote or downvote it. They can also comment on it. Posts can rise right to the top or fall to the bottom depending on the number of upvotes. Upvotes are adding points to your karma whereas downvotes take them away. The original poster gets the score for the post that he made on Reddit.

Now for you to get on the top it is imperative that you get at least ten upvotes as soon as possible. Considering you don’t get too many downvotes, the chances of you rising to the top obviously increases drastically. Basically if you get ten votes quickly, your posts will get more traction and will be grab more attention.

Another thing that you should seriously consider when it comes to your posts on Reddit is the headline. Like any other platform online, your headline is what will really grab eyeballs. There is no hard and fast rule to make a great Reddit headline. But you can be creative about it. For instance you can always use cats as they rock on Reddit but if they are engaged in something, you are more likely to get noticed. 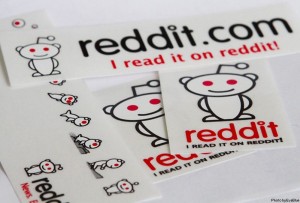 A great idea for getting traction on Reddit will be to rely on the latest happenings. Something that is trending around the world will easily get you high traction on Reddit. Just be witty and creative about it. Be sure to check out what kind of posts get upvotes on that particular subreddit before posting. You can usually spot what kind of sentiments and what kind of tone get the most appreciation. Being controversial, one way or the other, is a good idea – you will get either great popularity or notoriety, and it can often mean the same thing.

Our last tip is simple: don’t worry if you something weird to share. It can also get you a lot of upvotes. Weird is wonderful on Reddit.

How to pin your Instagram posts or reels on your profile

Instagram recently announced many updates that can make users'...
- Advertisement -
Previous article
Look to social media for interior design ideas
Next article
How to publish posts in different languages on your Facebook Page