It is so exciting. It seems to have turned into a full-fledged war. Google and Twitter seem to have teamed up to take on Facebook. Google and Twitter challenge Facebook Instant Articles in this new development. This is the latest in a long and seemingly never-ending war. Recently, there was a report that Facebook sends more traffic to your site than Google, which means that branding and marketing plans need to consider Facebook their primary strategy.

Google countered by using the reliability of trending topics on Twitter. When topics trend, and you want to know what everybody is talking about, you Google it. Now when you Google it, you get the Twitter results on your desktop search, as well. This had another layer to it – most journalists, and everybody else, have Twitter accounts. Before a story becomes a coherent, analytical article, the facts are often announced on Twitter, either by journalists or by the people directly involved in the story. Adding Twitter results to Google desktop searches obviously helps both Twitter and Google. 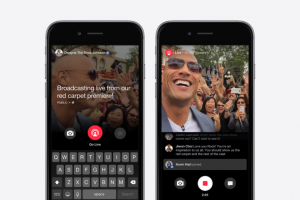 Facebook must have noticed that it isn’t just about branding and marketing – they wanted to be the reliable, or sometimes not so reliable, fount of information that Twitter has come to be. So they decided Facebook Mentions should include journalists, giving them the live broadcasting feature. Only verified accounts will have this feature, which means that they can count on reliable reporting, at least in theory.

There is also Facebook Instant Articles, launched in May this year. This didn’t take off so well, judging by the sparse sprinkling of articles on it, instant or well-brewed. Instant Articles lets publishers upload their news directly on Facebook. They would still get to keep all ad revenue generated by their own ads, and 70 percent of ads that Facebook manages to sell.

The idea was accepted by publishers because Facebook pointed out that readers on mobile would be more likely to read articles directly on Facebook, since most already have the Facebook app, and loading it will take much less time. Not every publication has a mobile app, and even if they do, they don’t have anything close to the reach that Facebook does. It was rolled out to a small cross-section of people, making the sample size too small to make a definitive judgment, but it didn’t seem to be going over all that well.

Now Google, apparently partnered by Twitter, will be launching an open source competitor to Facebook’s Instant Articles. Recode, the news site that spotted this development, gave the impression that this was a joint venture by Google and Twitter, but further reports indicate that this is a Google venture, with Twitter as one of its partners.

Also Read:  A Google+ Guide For Newbies To Get Familiar with its Features
- Advertisement -

Apple, too, is joining this battle with their News app, which is expected to be announced this year. Snapchat has a ‘Discover’ section, into which they too are trying to add more publishers. Snapchat, especially, gives publishers a way to target teens – the consumers of the future, who find most mainstream news sources too biased and stuffy, and are turning to alternate sources like direct reports on Tumblr.

The premise behind all these developments is the same: give readers the full article on the social media platform, without moving to the publisher’s website. Publishers will get advertising revenue, readers will get the news right on a platform where they spend a lot of time anyway, and the social media platforms in question will get to keep people there instead of following a link and leaving to another website, or another app.

In 2021, the value of the worldwide metaverse market...
- Advertisement -
Previous article
Facebook Testing Temporary Profile Pictures
Next article
How To Do Social Media When You Break Up