Also Read:  Here's how to update your LinkedIn profile without notifying your connections

Being a parent in today’s internet age is a lot more challenging and intimidating than ever before. Though cyber laws in most countries impose restrictions on minors using social media without a parent’s consent, the truth is most tweens and teens have flourishing virtual identities. Social media and kids cannot be kept apart, so you have to be active and give them the tools to deal with it.

The concerns are manifold – the risk of bullying on social media sites, jeopardizing safety in real life by giving away physical locations, access to obscene content or pornography, and a child’s online reputation. In order to be able to monitor these aspects well, it is important for parents to know where their kids are active beyond Facebook and Twitter. Here is a list of social media sites that are a big hit with the Gen Z:

The photo sharing site is a current favorite with users under 18. The concept of instant sharing of pictures, coupled with some cool filters and extensive use of hashtags, has made it an instant hit with the youngsters. The social networking platform also lets the pictures be instantly shared on other popular sites like Facebook and Twitter. It also allows users to find people with similar interests and follow their updates, thereby creating a close-knit community of like-minded people.

Pros The site recently added the Instagram Direct feature that allows users to share pictures or videos directly with an intended recipient or a group of recipients without making it public. This prevents the pictures or videos from being picked up by search engines, thereby protecting your child’s privacy.

Tumblr is a social networking platform that hosts free blogs with customizable themes. Users have the option of interacting with other bloggers on the site, follow blog posts and leave their comments or questions on different blog posts. The thing about Tumblr is that it allows users to effortlessly post content on any conceivable topic, sans any censorship. This has so far been the USP of the site, but it also has its flip side especially for young users.

Also Read:  Here's how to update your LinkedIn profile without notifying your connections

Pros The blogging platform gives children the opportunity to learn to express themselves and hone their communication skills.

Cons Illicit content, graphic language and pornography can be found in abundance on this site, which is why it does not offer membership to users below 13 years of age. However, there are ways to block certain tags from your account on Tumblr, as well as to report accounts. Tumblr has a responsible social justice community that gets any abusive or illicit blog reported. Teach your kid the importance of blocking tags, and show them how to report offensive users.

Also Read: How Social Media Anxiety Disorder Is Growing Inside You 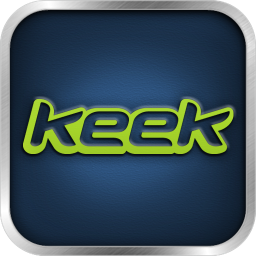 For the uninitiated, the best explanation of Keek would be Facebook but with videos in place of text or picture updates. The world of Keek-ing may be all Greek to parents or adults, but the social networking site is a big hit among youngsters.

Pros Videos are the way to go in self-expression and in art, judging by the Internet. This site will give your kid a chance to get creative as long as they learn how to do so while leaving essential personal information out.

Cons The biggest drawback of the site so far is its minimalistic privacy features. It does not offer the option of making an account private and visible to only a pre-defined set of audience. Anything posted on the site is out there for everyone to see. What’s worse, anyone who viewing a particular Keek has the option of sharing it on other social media sites such as Facebook, Tumblr or Twitter. The site does not allow users less than 13 years of age and seeks parental consent for users between 13 and 18 years, yet it is one of the most unsafe social media sites out there. Unless you can supervise use of this particular medium, it’s better if you can convince your kids to not sign up on this.

BMW is pushing the accelerator into the world of NFTs

Many brands and businesses have already entered the world...

Artificial intelligence is taking over every aspect of our...

Technology is moving as fast as lightning bold and...

Similar to post-it notes that people use traditionally in...
- Advertisement -
Previous article
How to Screen Potential Candidates When Hiring via Facebook
Next article
Facebook Testing Temporary Profile Pictures